Most weekends I head out of London to somewhere in the surrounding countryside to go for a run.

Courtesy of an OS Maps digital subscription and too much time spent plotting (and replotting) routes I’ve managed to create a few really nice routes.

I thought I’d start to share the better ones that I concoct because I’ve found it’s difficult to easily find trail running routes in particular.

Most of the routes were run pretty early in the morning (I normally try and leave the house before 7am) so, whilst they were quiet when I ran them I can’t promise that’ll be the case at a more normal time of day.

Some of them also require a car to get to, although that’s still a new thing for me in London so quite a lot start and finish at a train station as well.

Anyway, enough preamble. I ran this first route whilst the UK was still very much still partially in lockdown which was at least partly responsible for how quiet it was.

Start/finishe: a (small, free) National Trust car park near Coldrum long barrow. If you wanted to get the train you could go to Cuxton and join the route from there without too much hassle or additional distance
Distance: 20km (ish)
Ascent/Descent: 428m
Highest point: 198m
Lowest point: 23m

I hadn’t chosen the starting point for any particular reason other than it was a conveniently located car park, I hadn’t clocked that it was nominally a visitors’ car park for Coldrum long barrow.

Not that this would’ve meant anything to me (you can read lots more about it on the National Trust’s website).

But as I parked, early on a sunny Sunday morning at the end of May I spotted the signs and figured I’d take the (minuscule) detour to have a look at the long barrow.

I didn’t really know what to expect, from the track it didn’t look like much; a grassy bank, with a sign pointing out a partially overgrown footpath which disappeared around the side of the bank.

I stopped to read the sign, which told me, among other things, that the long barrow was the resting place of at least 22 neolithic people, was reckoned to be at least 5,000 years old (possibly even older) and that it bore a resemblance to other even older tombs found in northern Denmark.

I’m sure all of this was on my mind as I walked up the footpath, around and up onto the top of what was left of the long barrow.

Apart from that it was totally silent, and completely peaceful.

I can’t quite accurately describe just how profoundly calm it felt. 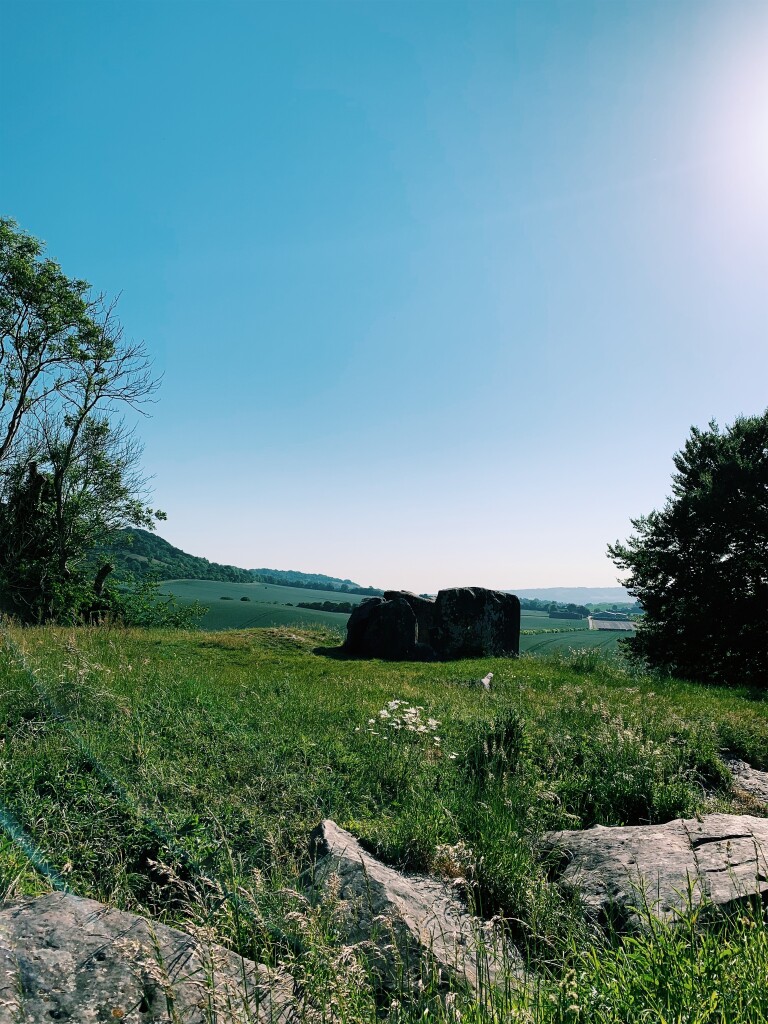 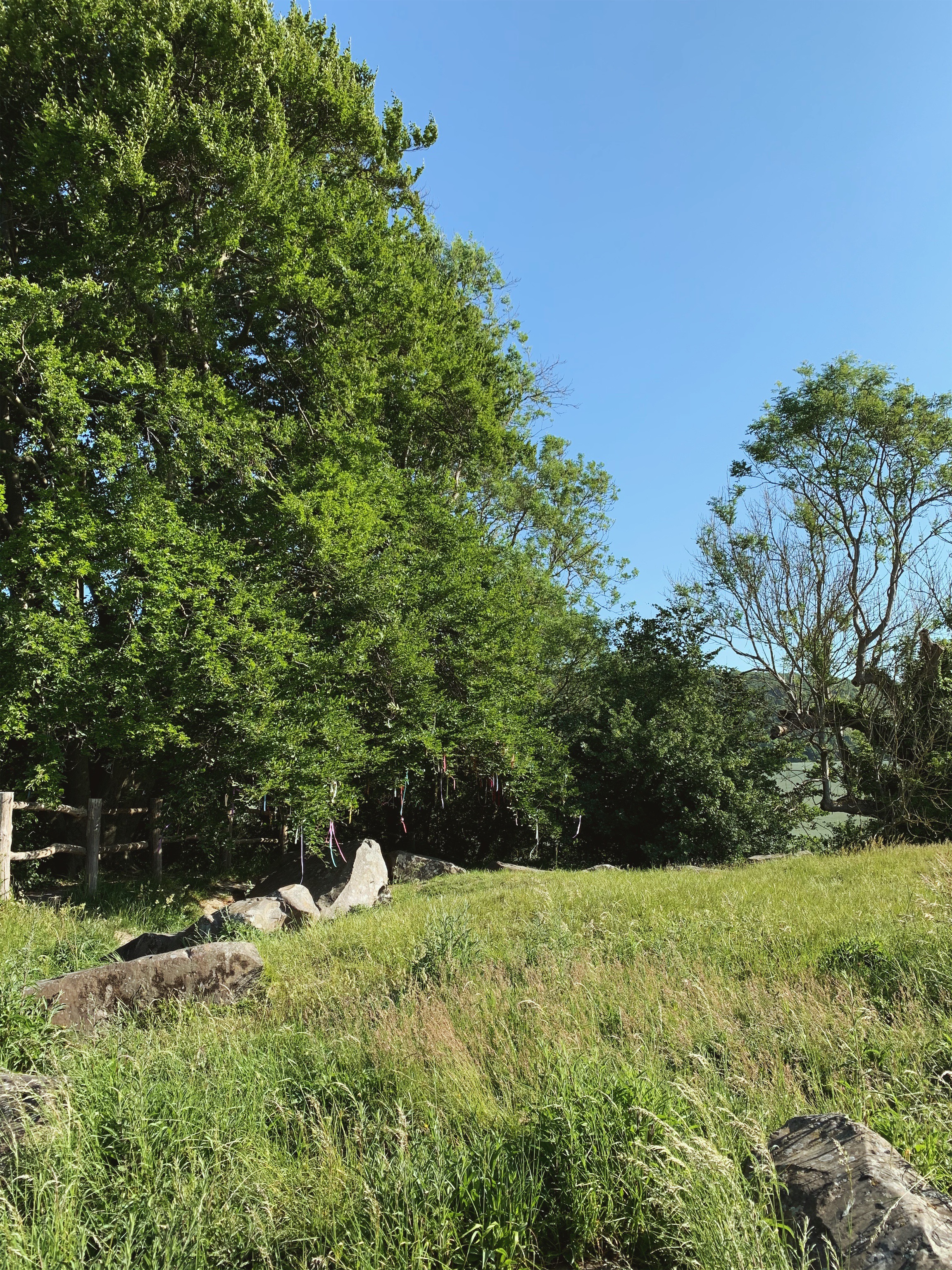 I don’t really know how long I was stood there, soaking in the silence, maybe no more than 10 minutes, but it was wonderful.

From there I started the route properly, heading uphill up the Wealdway (a well-signposted, clearly marked trail).

Along a path where the trees met and formed a canopy overhead (the shade was very welcome even this early in the morning).

All throughout this first uphill section the quietness was the thing that I kept noticing. Not the near total silence that I’d experienced at the long barrow, there was by now plenty of insect and bird noise, but the total lack of any sort of ‘people sounds’. It was great.

Anyway, the uphill was pretty steep but didn’t last too long and soon I reached the top of the ridge.

From there it was an easy jog, downhill through a mix of woodland and along the edge of corn fields.

At points it felt like I was in another country, it definitely didn’t feel like the UK, just a few miles from the M20. 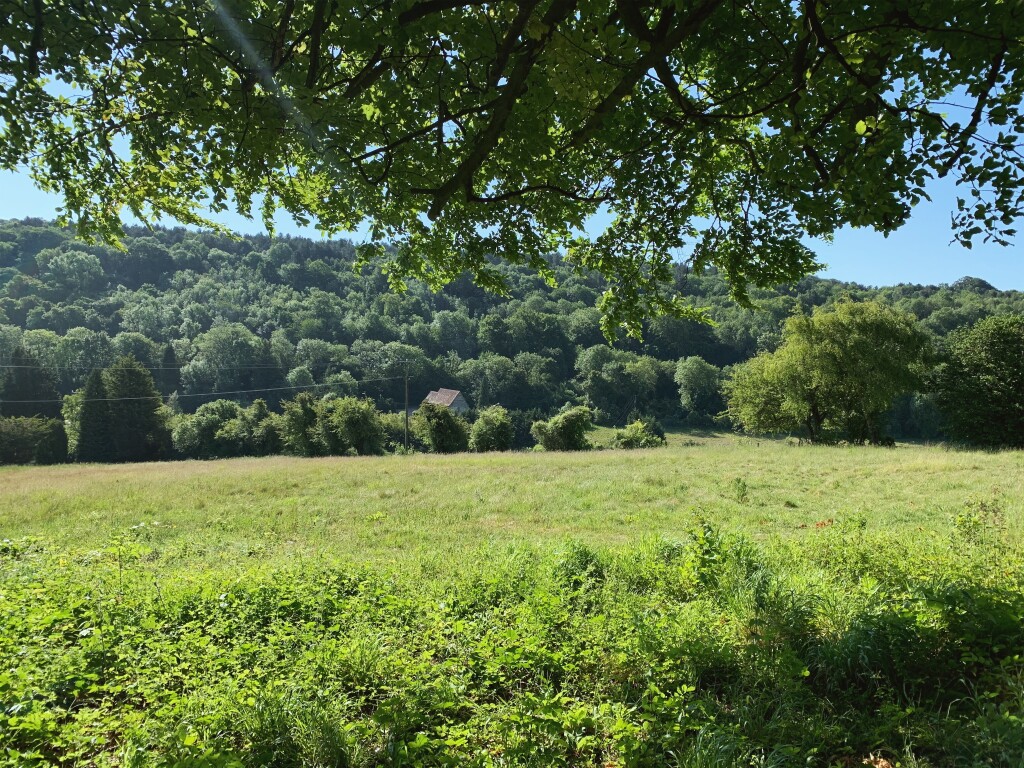 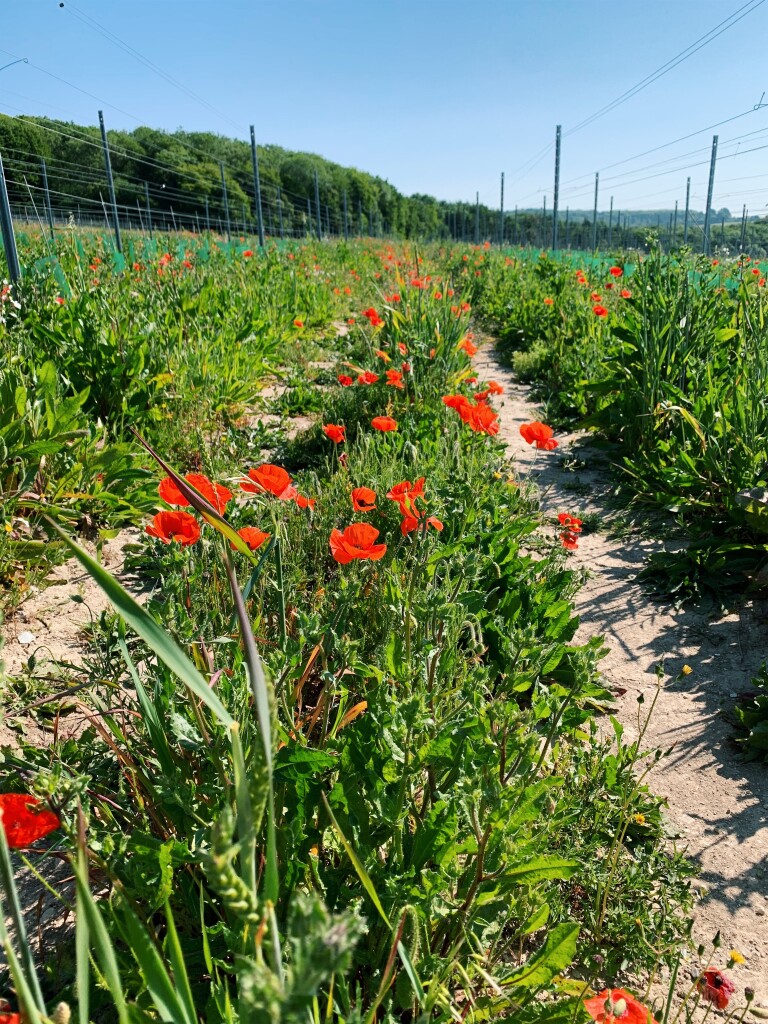 The first half of the route follows the Wealdway, however at about 10km (at Luddesdown) the route departs to head east to join up with the North Downs Way.

This ‘joining’ section has the only real bit of ‘on road’ running, the lane was very very quiet (there were 2 cars when I did it) but do pay attention and make sure any vehicles have a chance of seeing you.

When you rejoin the North Downs Way the route starts to head uphill again, and keep an eye out for the mountain bikers who share the trail (the day I was running they mostly seemed to be heading the opposite direction to me so were easy to spot).

The North Downs Way is wide, well signposted and well maintained. As a result the surroundings were a bit less interesting than they had been for the first half of the route, but there were still plenty of beautiful woodlands and wildflower meadows to enjoy. 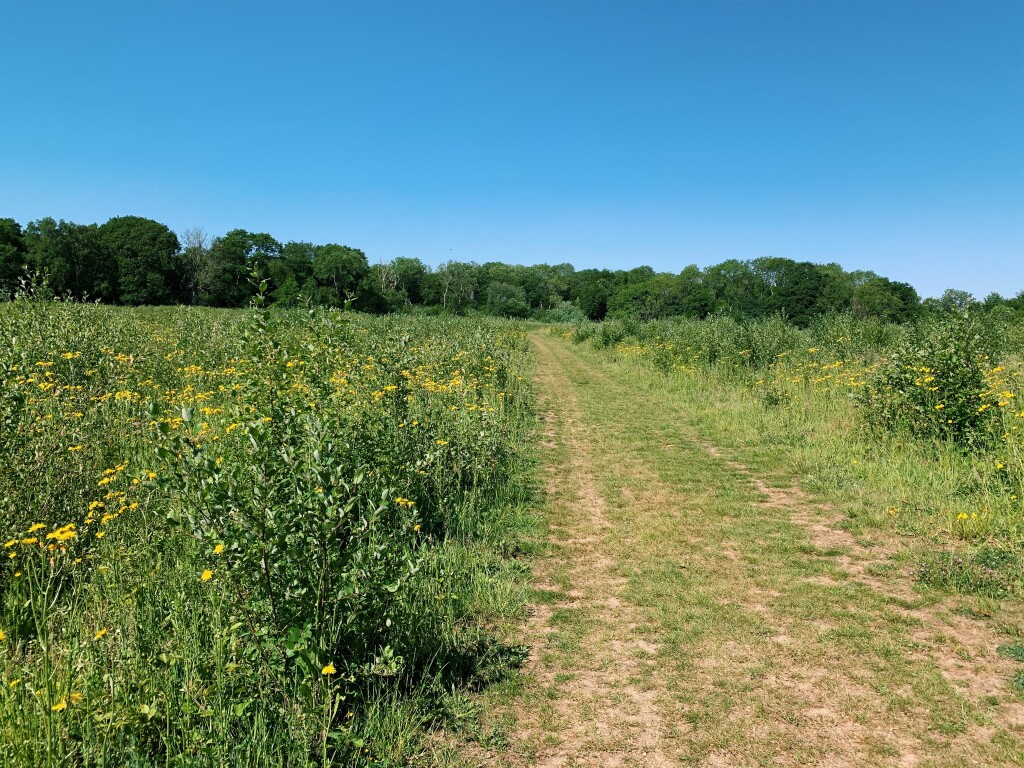 Towards the end, the North Downs Way briefly merges with the Pilgrim’s Way (the historic route taken by pilgrim’s from Winchester to Canterbury) and its a straight shot back to the car park at Coldrum.

I took my customary tumble (you’ll hear lots more about these) on this final stretch and got back to the car slightly bloody and very dusty but beaming from ear to ear. It is an absolutely beautiful route, run in beautiful weather, I think I encountered fewer than 20 people all morning which is a good thing in my book.

There are a couple of pubs en route but nothing in the way of shops or toilets so bear that in mind.