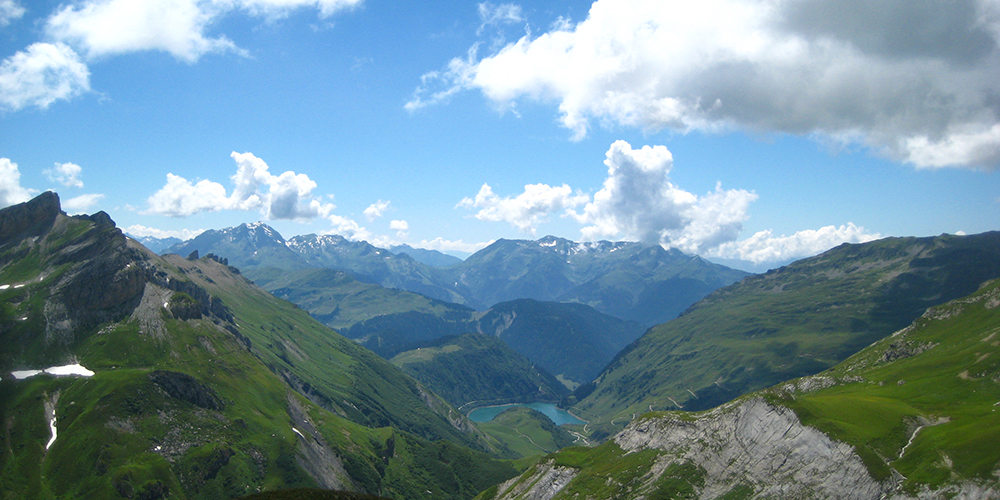 A couple of weeks ago I went to do the Tour du Mont Blanc which is, as the guidebook says, “one of the most popular long distance walks in Europe. It circles the Mont Blanc Massif covering a distance of roughly 170 km with 10 km of ascent/descent and passes through parts of Switzerland, Italy and France. It is considered one of the classic long distance walking trails“.

It was completely incredible.

I’ve done multi-day bike rides and runs before but this was the first multi-day hike thing that I’d attempted (all the legwork of a run plus all the “carrying everything you need” of a bike ride, double fun).

Observations include: my GCSE French hasn’t lasted 12 years of neglect particularly well; glaciers are fucking amazing; being in the mountains for 10 days is an outstanding antidote to living in London; American teenagers are required to shout at all times; walking from one country into another country via a mountain pass is incredibly satisfying; being in a cloud for 3 days is incredibly unsatisfying; it is possible to eat more cheese than you can imagine (or, I suspect, is medically advisable); walking uphill for hours is pretty great; walking downhill for hours is pretty rubbish; cablecars are a mixed blessing, being at 3,842m makes you go weird.

If you like mountains, and cheese, go do the Tour du Mont Blanc. Loads of info here www.walkingthetmb.com

Stuff that may be helpful to know: